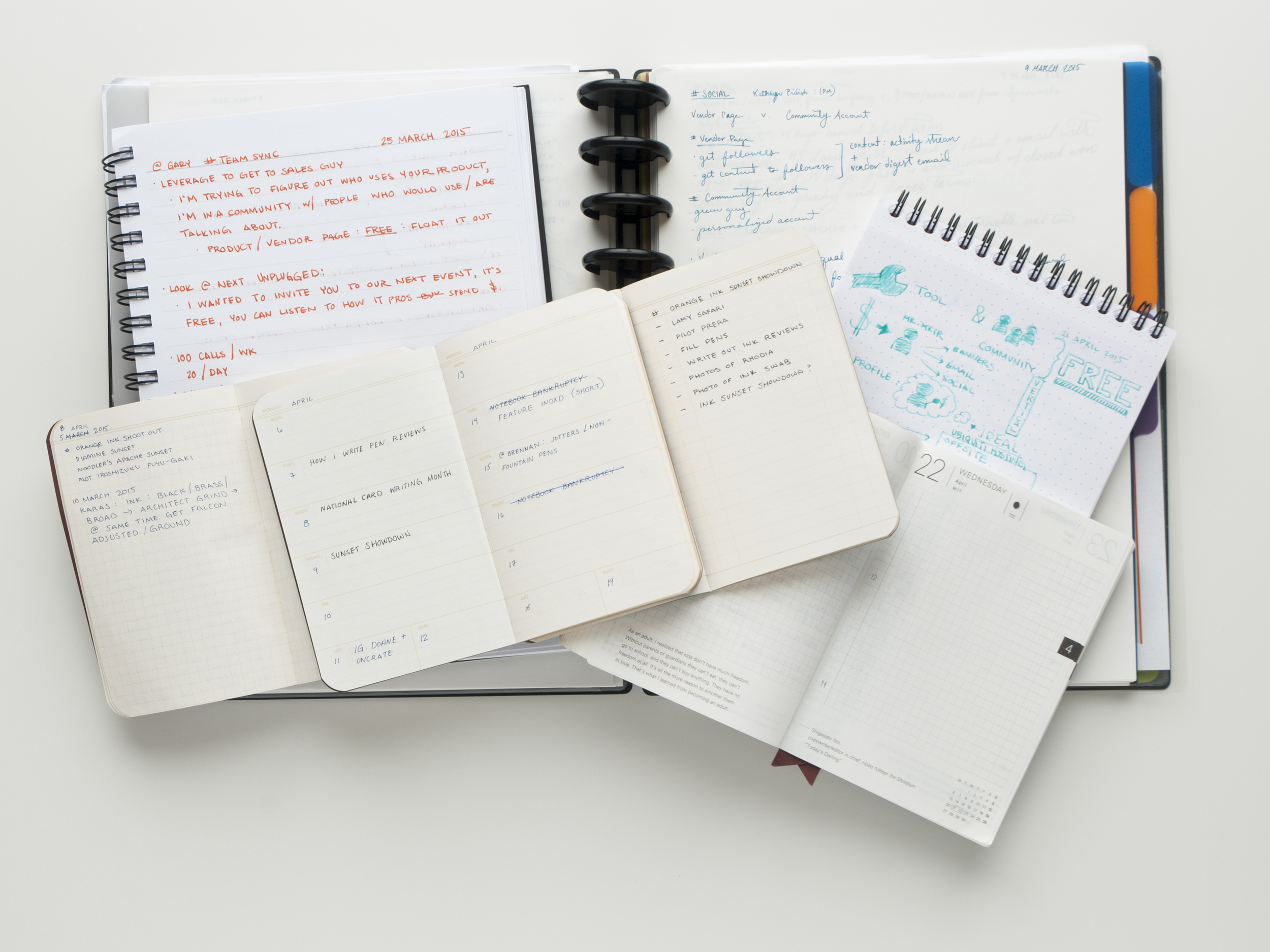 I have bad news.

I'm giving up on my Ambitions.

Not in the goals and dreams way though, I'm simply giving up on my Field Notes Ambitions notebooks. It's not just my Ambitions though, there are four notebooks I'm giving up on this week.

Last week I had an idea to add to my list of future blog posts and I reached for my Field Notes to jot it down. After I'd written down most of the idea I realized I hadn't written it in the right Field Notes. I then had to make a note to remember to copy it down into the other notebook. After making the same mistake several times, I realized I had to stop or I was going to go insane.

As much as I wanted to like the Ambitions series, I avoided starting them because I wasn't sure how they'd fit into my life (I was probably afraid that I would end up exactly where I am now). At the end of March as I worked through my plan to put more effort into this blog, I reached for all three of the Ambitions with the best of intentions.

In theory, the Ambitions are perfect for something like planning and executing my needs. A weekly planner for editorial calendar planning, a ledger that can act as a to-do list for projects and tasks, and a standard graph notebook (the only notebook from the series that I will finish).

I launched into each notebook enjoying their purpose driven nature. The notebooks themselves are absolutely beautiful. The muted tones of the covers are warm and understated, and pair perfectly with the "Ambitious Gold" ink on the covers, gold staples down the spines, and the lovely crackling of the gilding. For someone who doesn't usually like cream papers, I find the paper inviting and a joy to write on. Overall, Field Notes created another stunner of a memo book.

Less than a week into using these, I was frustrated. I would reach for my primary Field Notes, my universal capture location, and realize that it wasn't the place the note really belonged in. As much as I enjoy writing in my beloved Field Notes, copying the same info (or worse having to remember what notebook the info is acutally in) is annoying at best and infuriating at worst. 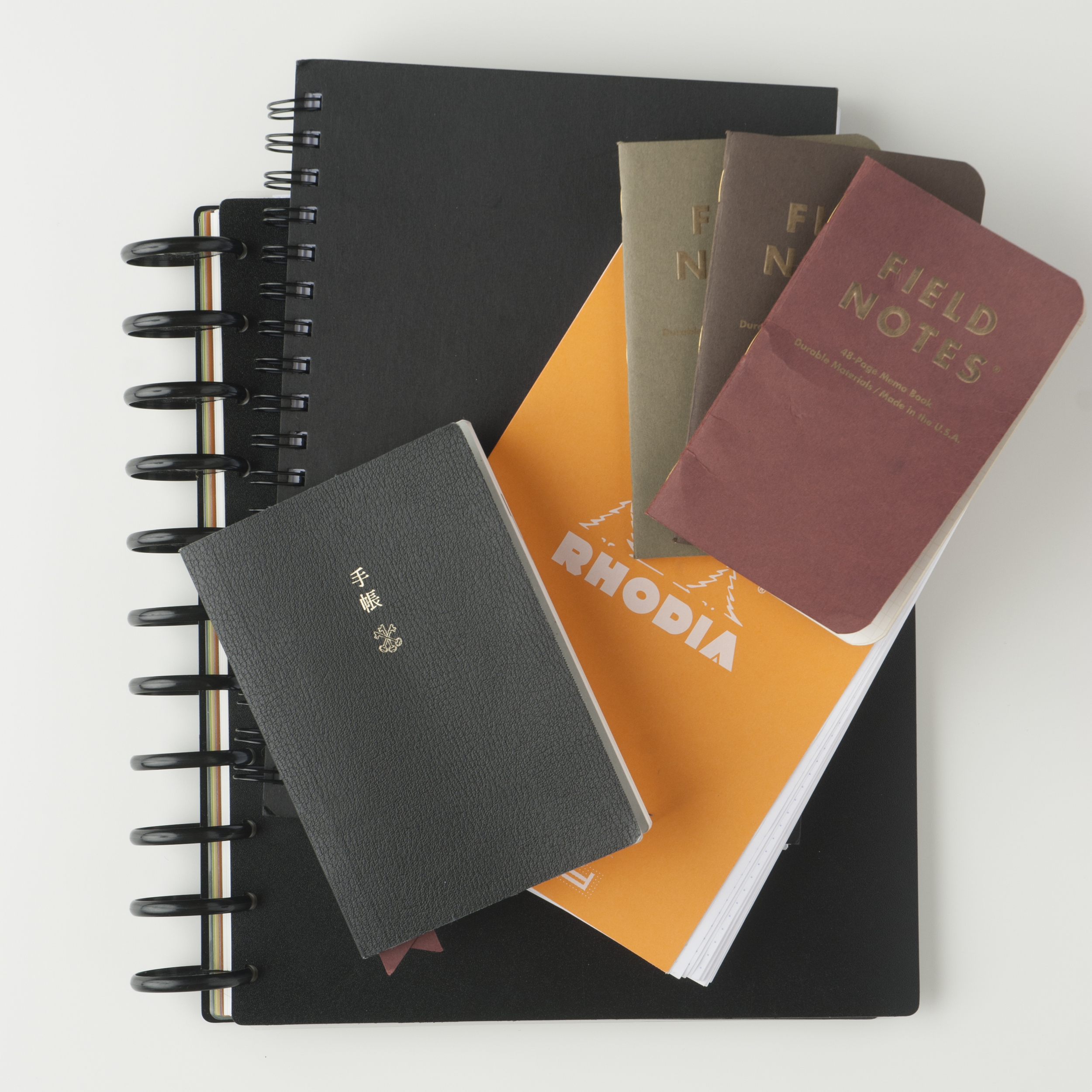 On top of the four Field Notes fiasco I had in front of me, I looked at the notebooks I was using at work: an A4 arc notebook filled with Tomoe River paper I used during my first three weeks of training at my new job; a company-issued cardboard-bound, lined notebook full of fountain-pen-unfriendly paper with 40 pages of notes from another two days of training; and a Rhodia No 16 Top spiral bound Dot Grid Notebook that I use for meeting notes where a Field Notes would fill up too quickly.

My notebook life was a mess. Seven(!) notebooks in various stages of being "active" is absurd and completely unmanageable for me. Compartmentalizing my life this much does not work at all. 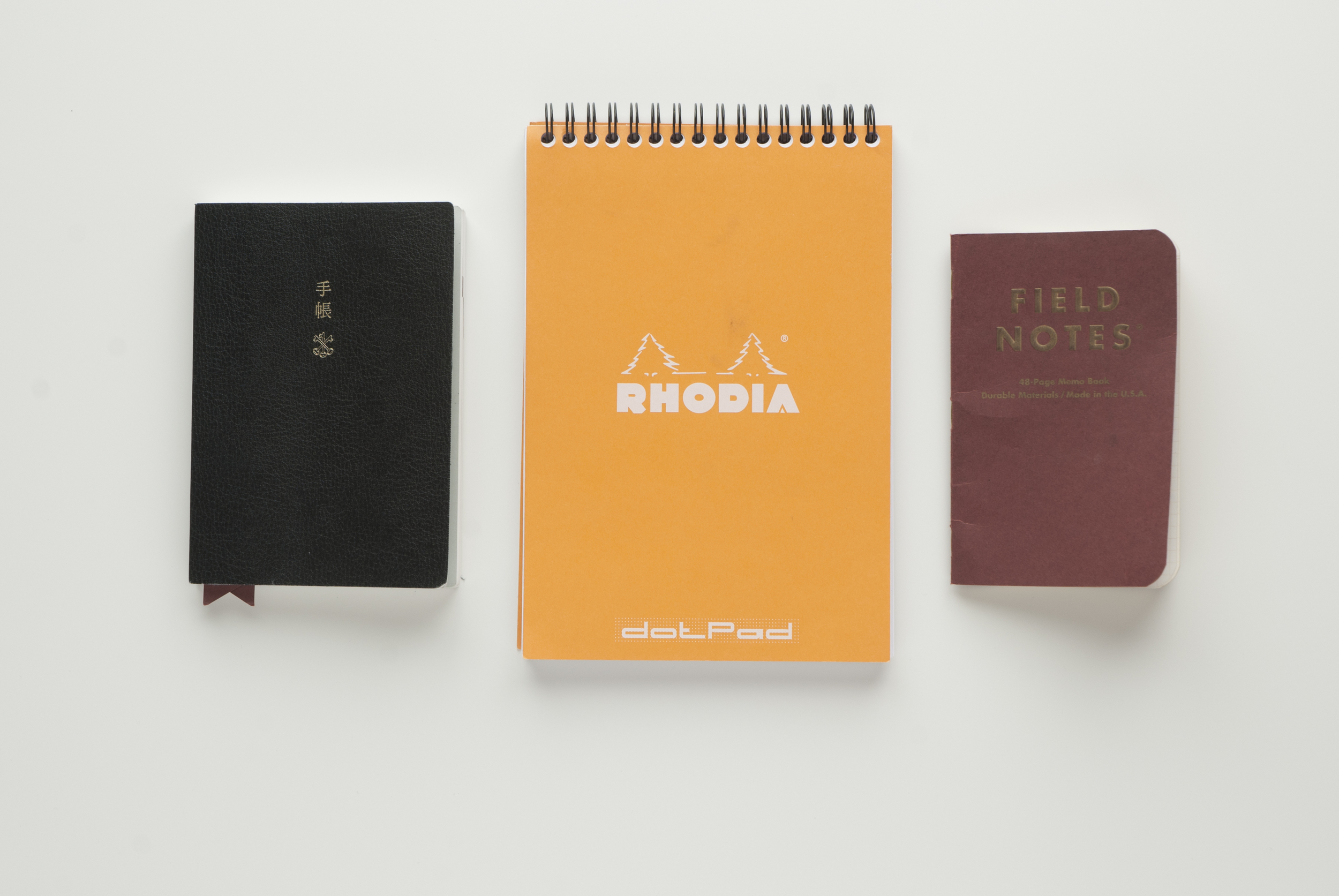 I'm now down to three active notebooks. I have one Field Notes going at a time, it's functions as a modified bullet journal for me. The Rhodia lives on my desk at work, it will be full soon and I'm thinking of replacing it with one of these. The last is my Hobonichi Techo, which I will write about soon. I'm still looking for a larger, bound notebook for longer form drafting, I'll probably pick up one of the Rhodia A5 Webnotebooks in Dot Grid with an orange cover (of course) very soon.

While it may seem a bit crazy to go from seven notebooks down to four and think everything is under control, my notebook situation will be markedly different. There will be very little overlap between books and that will allow for the maximum utility of each. No more abandoned ambitions, my notebooks will be filled completely again.